Our Team of Legal Professionals

The attorneys at Morano International have international reputations for cutting edge immigraion law solutions. Get to know us better.

Michael Morano is one of the country’s prominent immigration lawyers. The founder of the Law Offices of Morano International, he has focused his formidable legal talent on immigration law since 1996. Michael has gained international recognition for his strength in the strategic application of legal mechanisms available to foreign nationals who wish to live and work in the United States. He has lectured extensively on a variety of immigration law subjects, including employment-based immigration and deportation defense. Michael is also a highly knowledgable on the subtleties of the still elusive grandfathering provisions of Section 245(i) of the Immigration and Nationality Act and its significance to immigrants facing removal from the United States.

He founded Morano Music & Entertainment (MME), a licensed and bonded talent agency, and for qualified beneficiaries, an agent pursuant to Title 8 Code of Federal Regulations §214.2(o)(2)(iv)(E), dedicated to foreign artists wanting to advance their careers in the U.S. competitive arts and entertainment industries. Michael is also the founder of the Palm Beach Polo & Equestrian Sports Agency representing polo, dressage, and show jumping athletes and their support personnel in the U.S. equestrian industry pursuant to Title 8 Code of Federal Regulations §214.2(p)(2)(iv)(B).

Michael is frequently consulted by criminal attorneys to give his legal opinion on the immigration consequences of their clients' criminal charges. He also serves as corporate counsel on immigration matters for Subway Partners, Inc. d/b/a Subway® and the Access Legal Insurance Group. In addition, Michael is an affiliated pro bono attorney with the Thomas More Law Center, a public interest law firm defending the religious freedom of Christians and assisting international Christians who are victims of religious persecution. 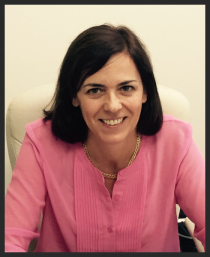 In 1995 Marcella completed legal studies from the University of Sassari Law School in Sassari, Italy, and shortly thereafter passed the Italian Bar Exam becoming a licensed attorney in Italy. As an Italian immigrant, her personal experience with immigration procedures has given her a deep appreciation for the immigration law firm industry.

Marcella joined the firm in 2005, and assists with the preparation and filing of E-1 and E-2 Investor visas, H-1B professional worker visas, L-1A multinational executive visas, family-based applications, and employment-based immigration, such as PERM and extraordinary ability petitions.

She is a noted figure in Miami’s Italian community, and is a member of several civic organizations, including the Italy America Chamber of Commerce. Marcella is fluent in the Italian, English and Spanish languages.

Graduating with a Bachelor of Science degree from Florida State University in 1990, Nicholas pursued his law degree at Saint Thomas University (Miami, FL) and was awareded his Juris Doctor in 1996.

Now you can learn more about our services and fields of practice online.